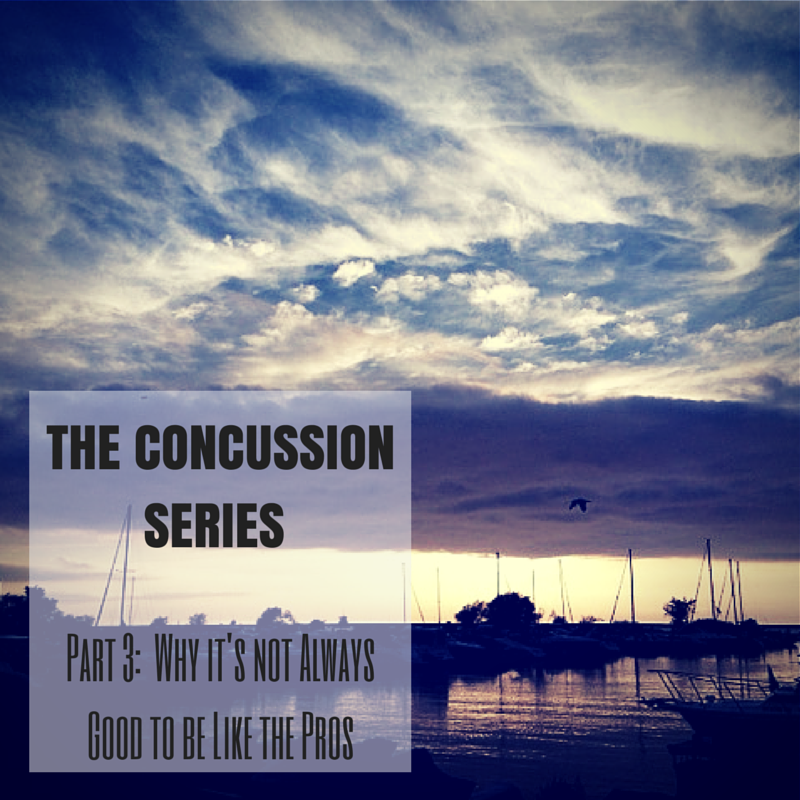 I’m writing this post one day after Sydney Seau’s moving speech honoring her father, Junior Seau, at his induction in the Pro Football Hall of Fame.  Junior Seau asked his daughter to speak on his behalf if he made it into the Hall of Fame before he committed suicide in 2012.   He was found to have had a degenerative brain condition linked to repeated hits to the head during his time in the NFL.

I highly recommend watching and reading her speech as published by the New York Times.  It’s a wonderful tribute to her Dad.

Unfortunately, Sydney had to record her speech at her hotel room in Canton, Ohio.  Yes, you read that correctly.  She was not allowed to speak at the podium, per an NFL rule stating others cannot give full speeches for deceased inductees.   The NFL seems to have a lot of rules-  on Hall of Fame Ceremony regulations and deflated footballs.  But ironically, the rules protecting its own players from brain injury are still evolving.

American football is not the only sport immune to controversy about concussions.  Soccer, the world’s most popular game, has similar issues.  Most recently, Morgan Brian of the US and Alexandra Popp of Germany collided heads mid-air during their Women’s World Cup Semifinal match.  Both athletes were visibly hurt, with Popp’s head bleeding and Brian rolling on the turf (a whole other issue) in pain.  The degree of brain injury each suffered is difficult determining from the television broadcast, however each athlete played the rest of the match-  another 62 minutes of sprinting, thinking about field position, and heading the ball.

Both teams publicly stated Popp or Brian did not show concussive symptoms.  A neutral physician did not either player, as FIFA does not have rules for this.  This is not a new situation-  we all saw the need for a neutral physician and strict concussion protocol after the 2014 Men’s World Cup.  Uruguayan midfielder Alvaro Pereira demanded to stay in a match after he was temporarily knocked unconscious by an English player.  Risking second impact syndrome (which could cause serious issues, including death) Pereira returned to play.  He admitted afterward that he made a mistake.  The concussion knocked him out and he was still dizzy when waving a finger in the team physicians’ face, insisting he could return.

Most international matches, including both the Men’s and Women’s World Cup, only allow 3 substitutions per team.  And substituting a player means they are not permitted to return to the match.  Losing a substitution or a player for a possible head injury could cause critical issues later in a match- causing many coaches to keep athletes in for as long as possible.  Former athletes Taylor Twellman and Brianna Scurry, who had their careers ended by concussion, have advocated for 4th substitution for head injuries as well as a neutral physician.   Both were vocal on Twitter during the US/Germany match.

The inconsistency between current medical recommendations and real-life situations in high level sports sets a dangerous example for youth athletes.  It contradicts all recent efforts by the sports medicine community to advocate for early reporting of concussion symptoms and strict return-to-play protocols for youth soccer, football, and other contact sports.  Professional and international athletes are role models, whether they like it or not, and young athletes imitate all their actions.   FIFA’s failure to standardize the diagnosis and management of concussions puts its World Cup athletes at risk as well as affecting youth athletes across the globe.