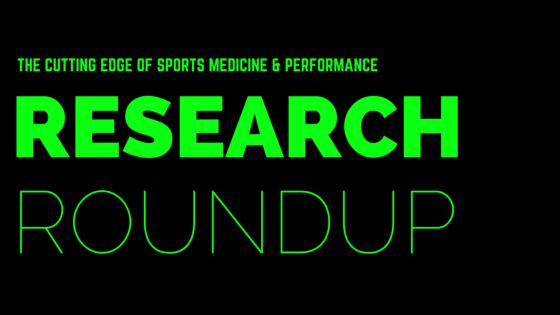 Future Elite Success in Volleyball-  What does it take?

Get #BETTER– schedule your performance testing, video analysis, and training today.  Use the form below

Training Power and Explosiveness for Hockey

In a recent study, Division I, Elite Junior, and Division III hockey players (age 18-24 years) underwent both on-and off-ice performance testing.  Division I players had significantly lower body fat, better vertical jump, anaerobic and peak power.  They were also faster than the division III.   Authors concluded that performance differences between hockey players is due to ability to generate power.

Cross training with plyometric and power exercises matters!   It could be the difference in your performance.  Contact CLE Sports PT & Performance today-  use the form below

I injured my leg in soccer.  How do I get back to shooting the ball?

This paper is the first of its kind for soccer players–  it outlines when and how to return to kicking after injury.  It also gives guidelines for when an athlete is ready to begin kicking.  An interval kicking program that takes athletes from basic kicking and passing through advanced shooting drills to safely progresses an athlete with the loading and impact of kicking.

Are you recovering from a soccer injury?  Contact CLE Sports PT & Performance today to go through this kicking progression-  use the form below