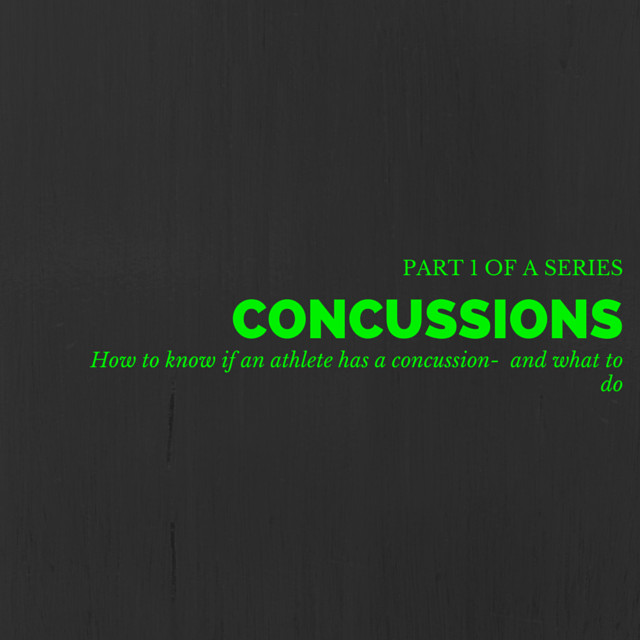 Fall sports begin in a few weeks here in the CLE.  And while most of us can’t wait for the return of “Friday Night Lights,” soccer matches, and volleyball games, it’s important to remember how to keep our youth athletes safe during the excitement.  This includes recognizing injuries and finding medical care as they happen.

Stay tuned for part 2 and 3 where I’ll discuss differences in concussion symptoms and recovery time between men and women, recent news and controversy around concussions in sport, and the possible link between concussions and other injuries.

How to Recognize Concussions in Student Athletes

A concussion is defined as a mild traumatic brain injury.  In the United States, an estimated 300,000 sports-related concussions occur annually.

In high school gender-comparable sports, girls have a higher concussion rate than boys.  Female athletes have also been shown to have a greater length in post-concussion symptoms as compared to men.

How To Look for Signs of a Concussion

Any athlete who has lost consciousness during a sports-related impact must be removed from competition and examined for a concussion or a spine injury.   Most concussion symptoms are present right after the injury, however some can take several hours.  Often, symptoms worsen with activity or stress.

A headache is the most common complaint of an athlete with a concussion, but any of the following can be present:

What to do if you suspect a concussion in an athlete: